PSA: if your bum hurts while riding, READ THIS

As you know, dear reader, I've been doing tris and riding bikes for about four years now. I've always been uncomfortable riding though, with my butt hurting after about 15-20 miles.  That may be manageable for a short workout, but for a long ride and an Ironman, it's pretty torturous.

I've been told "oh you just need to ride more" and HTFU. I've also been told, "oh you need a different saddle," "you need more padding," "you need less padding," and "you need a split nose saddle." I even replaced the saddles that came with my bike with ones suggested my local bike shop ("LBS"). But when I bought those, and after at least three bike fits, I've never, not once, had anyone suggest I measure my sit bones and get an appropriately wide saddle.

Well, I wasn't going to do another Ironman being mildly uncomfortable for 15 miles and wincing for almost 100 more, so I decided to get to the bottom - heyyyyo - of this.

Looking around online, I found out that a lot of seat comfort and discomfort is tied to how your sit bones contact the bike seat, specifically how wide your sit bones are and how that relates to the width of the saddle.  There are various ways to measure your sit bones - some free and at home - but apparently, most LBSes have an ass-o-meter.  That's not what it's called, but if you ask for it by that name, they'll know what you're talking about.

I headed to Incycle in Pasadena (they're the closest LBS that I like) and asked for their ass-o-meter. The guy brought me over to theirs, had me sit on it for a minute rocking back and forth, and when I got up, he said I need a 142mm width saddle or maybe a 155mm; I was on the cusp. Well, son of a *****. I've been riding 130mm saddles this whole time; 130mm are pretty standard - the default even - and they are just too narrow for my body.


He showed me a couple saddles and I asked - because I read online that some shops have these - if they have a "demo plan."  A demo plan lets you put down a deposit, take a saddle home with you, and ride it for a week before committing to buying it.  If you don't like the saddle, you can exchange it at the end of the week for a different saddle.  In my case, Incycle does have a demo plan, which allowed me to take home a Specialized 143mm.

I just rode for an hour and it was literally the most comfortable ride I've had in a couple years.  I'm not saying this is definitely the saddle for me, but at least I have a much better understanding of what I need in a saddle. If your bum consistently hurts when you ride, go to your LBS and get your sit bones measured. It could make a HUGE difference in your enjoyment of cycling.

Milk was a bad choice!

Had a good ride on the trainer last night - not trying to overdo it on the knee right now - but it looks like my run is going to have to wait a day or two.  This is at 8 at night!! 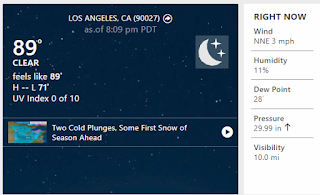 Today marks Week 1 of our 30 week training plan for Ironman Santa Rosa - if there's a Santa Rosa left at which to Ironman 🙁  (#GrammarSnob). May 12th seems like a long way away but it'll be here before we know it.

Week 1 should be pretty easy - Today's a rest day, which I think we can manage. The rest of the week are 30-45 minutes runs in Zone 1 or 2 and a "long ride" of an hour.  That'll be good for me and Winnie since we've both been battling/recovering from some knee and shin splint issues, respectively.

Below is the schedule, with the next couple weeks being similar to establish a good base.  I won't be posting the rest of our workout schedule - that's copyrighted y'all - but wanted to let you all know the WhatAreWeIroning journey has started again.  If you are looking for a training plan though, this is from the "Be IronFit" book by Don Fink (linked here), which I highly recommend. 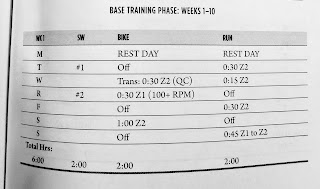 Separately and on a serious note, as some of you many know, my wife is from Santa Rosa. She knows people personally that have been affected by the fires - losing literally everything they have.  If you're able, and would like to help out, here's a GoFundMe for one such family.

Email ThisBlogThis!Share to TwitterShare to FacebookShare to Pinterest
Newer Posts Older Posts Home
Subscribe to: Posts (Atom)
Winnie's adventures in travel and triathlon, featuring some of her closest friends!